Damn. Sure has been a long time since I last updated. Sincerest apologies. Hopefully you all had a good time checking out my archives, checking archives can be really fun sometimes.

There’s really not much I’d like to talk much about in particular, so I’ll just proceed with a general update on my current situation.

Hadn’t had much time for photojournalism due to my busy scheduule and the fact that my mum’s Canon Powershot decided to die on me (not my fault!). Next event coming up for me would be the Singapore Movie Fiesta (going on as I speak, but I’ll be there tomorrow on the last day), though with the help of Joshua (Picture-a-Week) and his dad’s Prosumer he’s lending me, I’ll still be able to do some decent documentation, that and the upcoming Singapore Toy and Comic Convention; already registered for it, can’t wait!

School’s pretty much okay, although of late I haven’t been doing any studying at all (typical me during the vacation season).

Nothing much ado with gaming, although I’m slowly picking up DotA now. My friends say I play it like an RPG, and that’s probably not a very good thing.

I’ve been watching a lot of movies of late thanks to the fact that one of mum and dad’s family friends are employees at a local cinema firm who can afford to give out complimentary passes and such. I went to the premiere screenings of Iron Man and Indy. Awesome stuff, I feel so lucky.

I’ve been a pirate of late, having torrented the entire KEY game compendium from some reliable and healthy source. All I gotta figure out is how to mess with all the ISO files and stuff inside…

Currently, no anime to watch.

Messing with Facebook a lot nowadays, playing around with applications like Battle of the Bands, the main reason I don’t have time for blogging. Also, currently listening to Muse. They’re an awesome band, I swear it.

Over the past 4 days I’ve been spending my afternoons out at sea, participating in some sailing regatta (race). While I’m not exactly at the top of the ranks (26 out of 38), at least I’m not behind my fellow school sailors (a good sign, I’m still better than them). Although, I do worry for my inter-school competition in late July. I had better buck up fast. Still, I’m only more concerned for my sunburnt complexion, heavily tanned arms and legs, and sore hands and feet.

Picture of the day! Didn’t think I’d forget, did you? 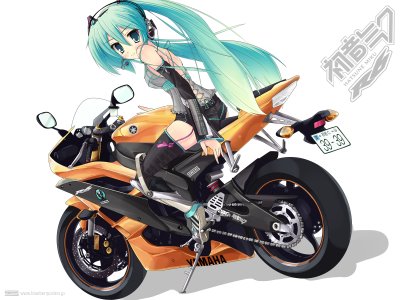 Upon request, I can choose to start uploading ecchi pix and the like. I’m starting to be a bit more liberal now, and with my computer account guarded by a strong and secure password, I feel more safer downloading and hoarding whatever NSFW stuff I find on 4chan adn the like into my HD without having anyone find out. I’ve taken a leaf from Danny Choo, and have promptly dumped all my NSFW stuff under a folder titled ‘Healthcare Products’. ^^