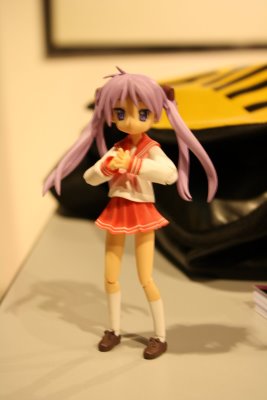 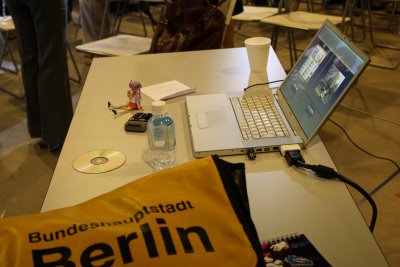 Yep. After nearly 2 months of waiting, having pre-registered on the first day of announcement, AFA 2008 is finally just a day away. I have already made the necessary arrangements: Canceled my sailing CCA for Saturday, secured my mum’s Canon Powershot (at long last) for use during the event, freed up space in it and put in fresh batteries, and made plans with Gordon to queue early and grab our pre-reg tix.

Truthfully speaking there’s nothing much in particular I’d wanna do there, except absorb the atmosphere and take pictures. I should think there would be quite a lot of cosplay going down so that would make for pretty worthwhile photo-taking. Hopefully I can spot a few other bloggers during the event and hang out a while. I promised Sharon (buruburu13) to drop by at the KKnM booth, hopefully she would’ve gotten Danny’s Nendoroids by nao. She really is a very nice person. There might be some stuff at the Akiba section that I might be interested in getting. Just gonna take a quick look over at the Singapore Arcade Showdown section, which would probably be largely inhabited by the die-hard no-life arcade gamers who, despite being really good at arcade games, fare no better at anything else in life (you can tell, I’m a hater). Might or might not check out the anime sections, but I’ll definitely be at the Planet Mech area. And I most probably won’t be staying around to watch May’N or Aniki either.

So yeah. We’ll see how it goes then.

2 responses to “Tomorrow’s the day.”